13 pilot watches entirely made of 316L stainless steel, silver or IP plated black cases, 9 dial colors, strap in genuine leather or rubber, hardened mineral dome lens, Japanese quartz movement... and all the History of some of the WW pilot aces and historic racetracks.

The best WWI ace pilots and their aviator watches, and the historic racetracks and racing watches, on your wrist featuring the best quality. 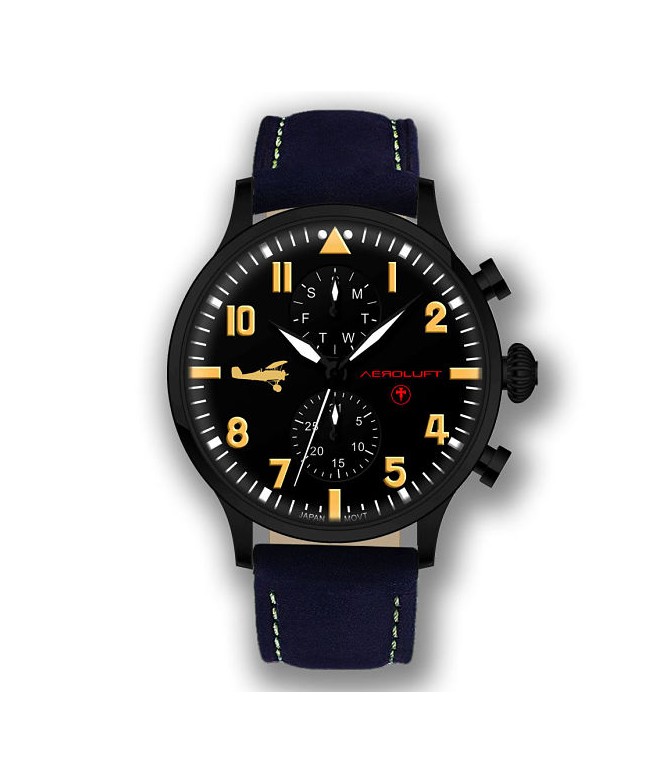 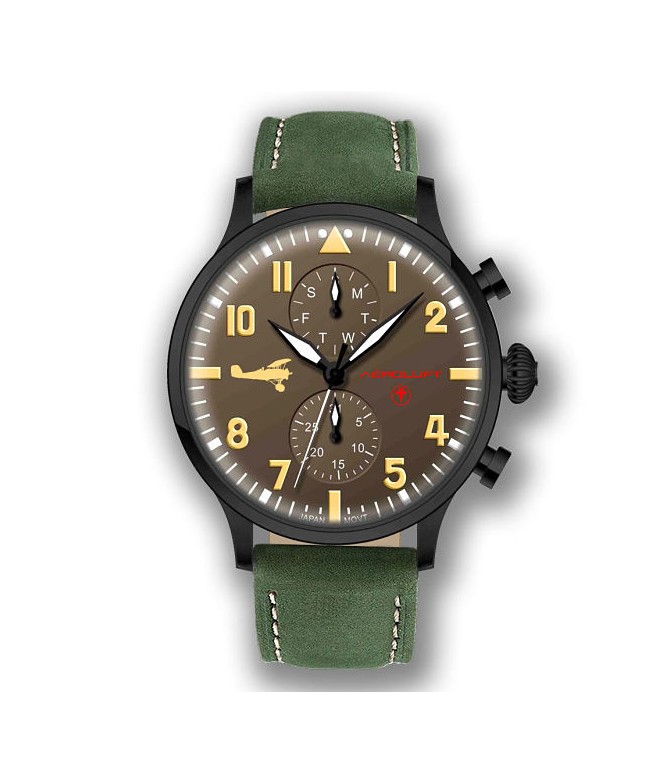 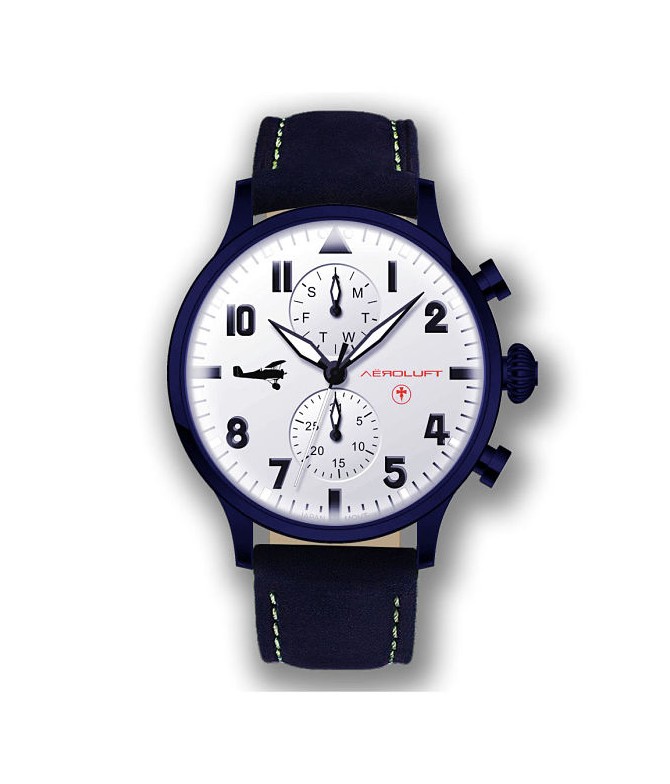 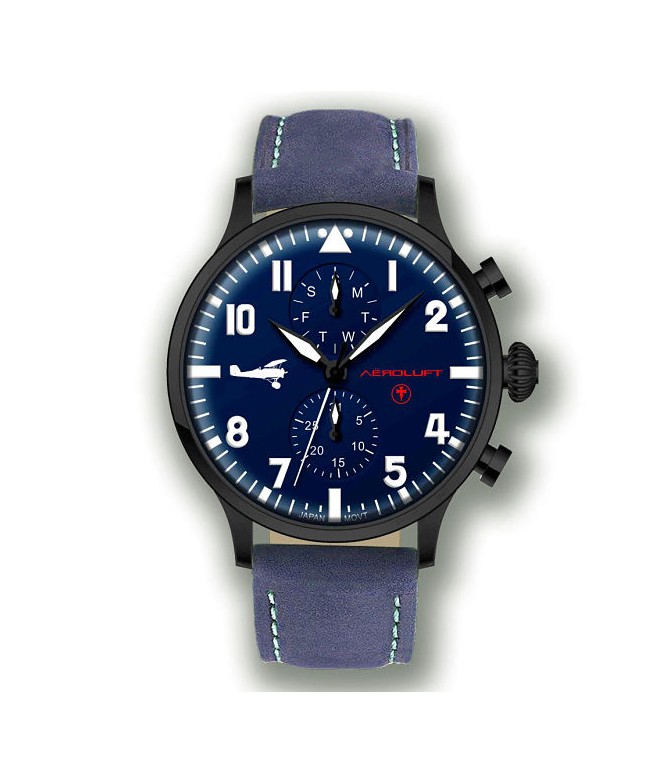 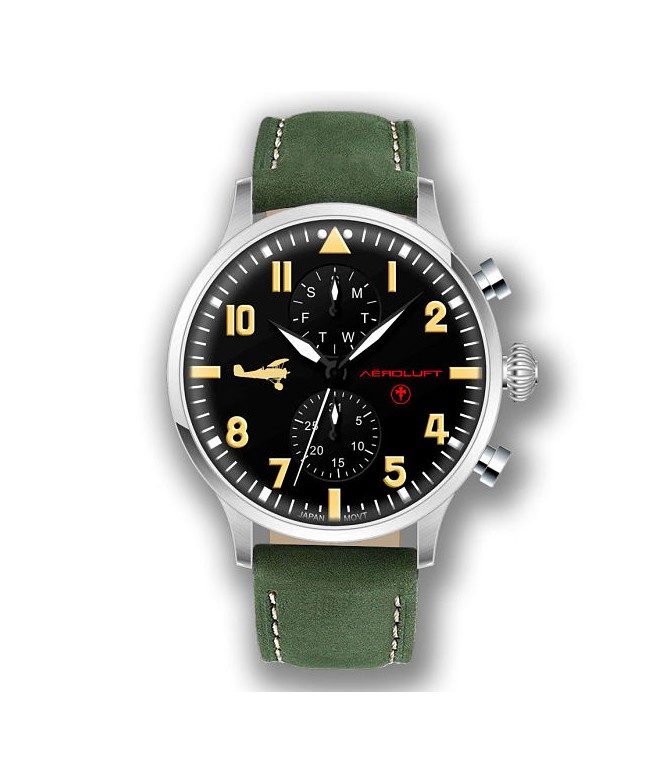 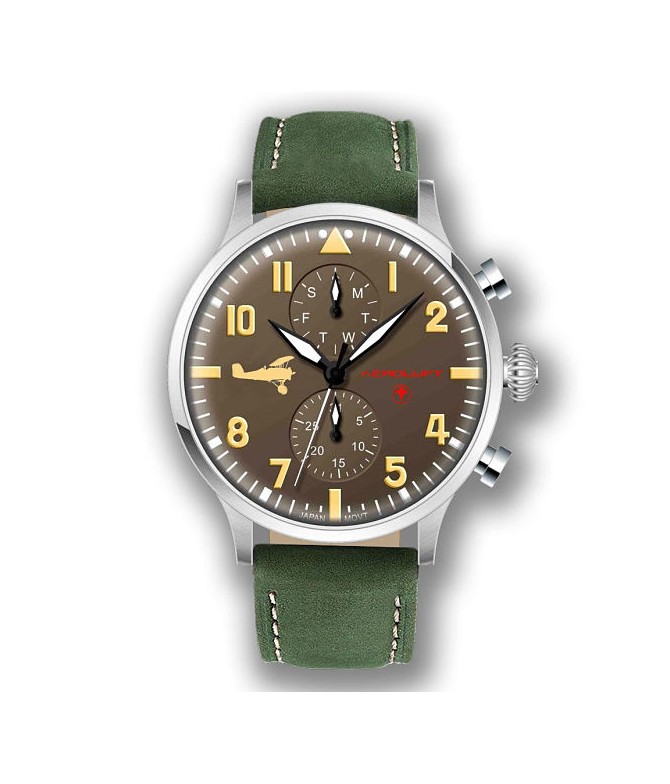 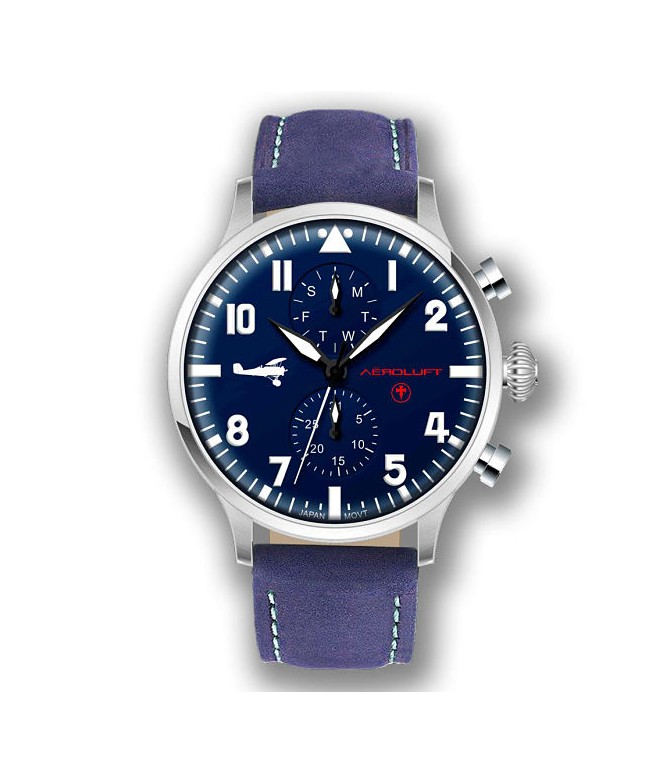 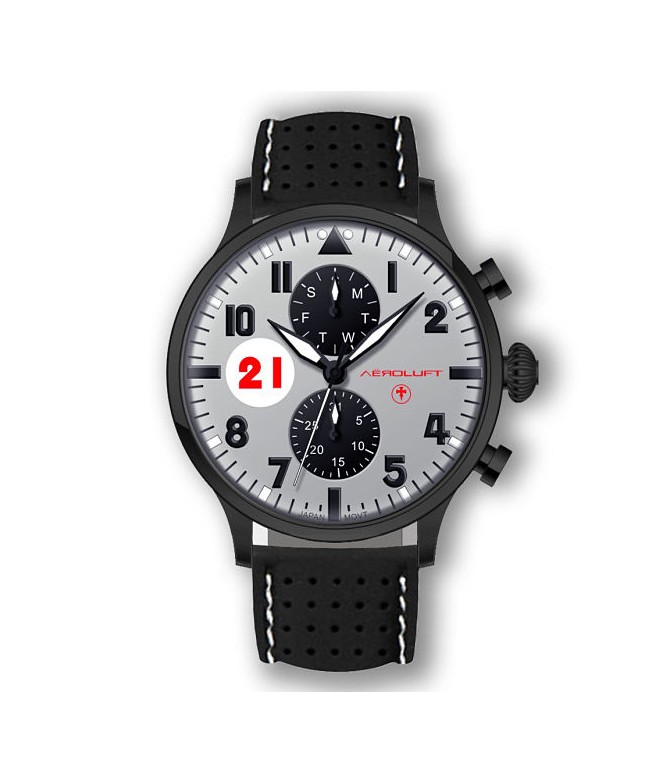 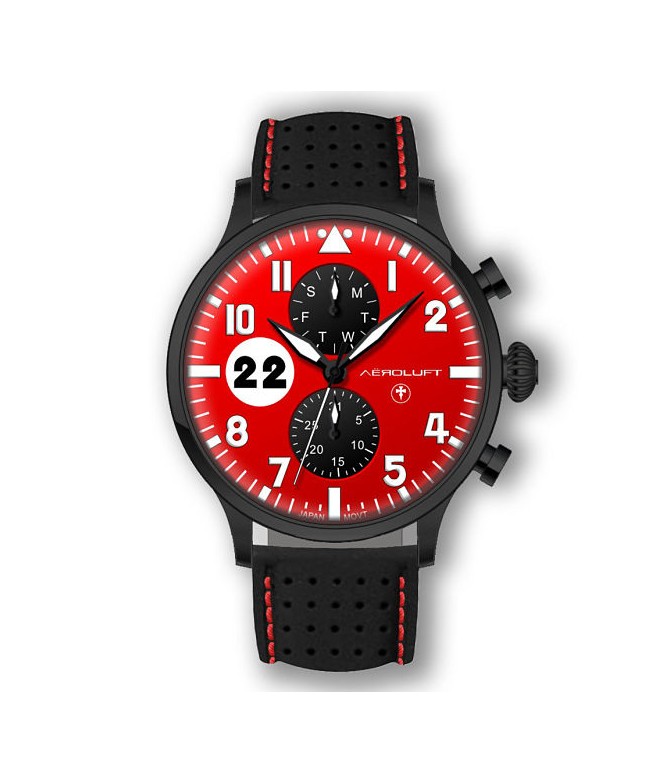 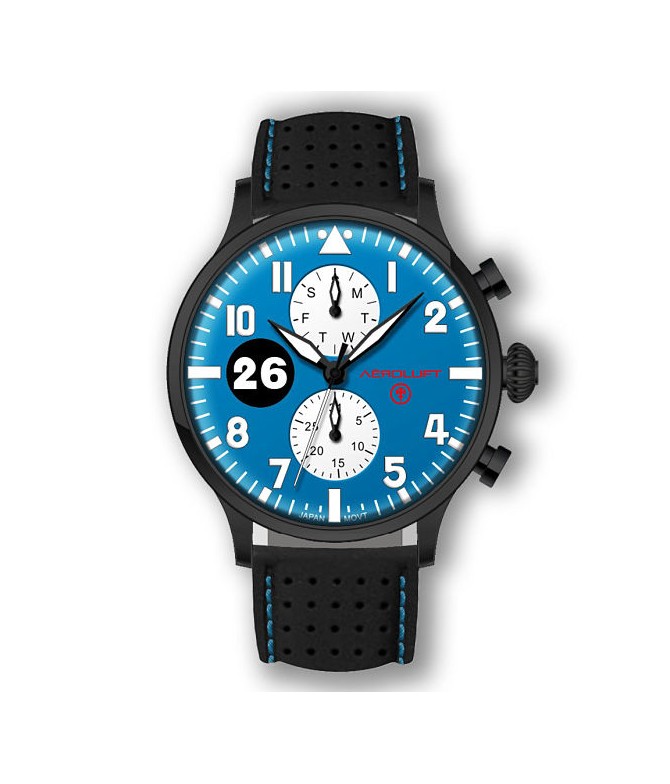 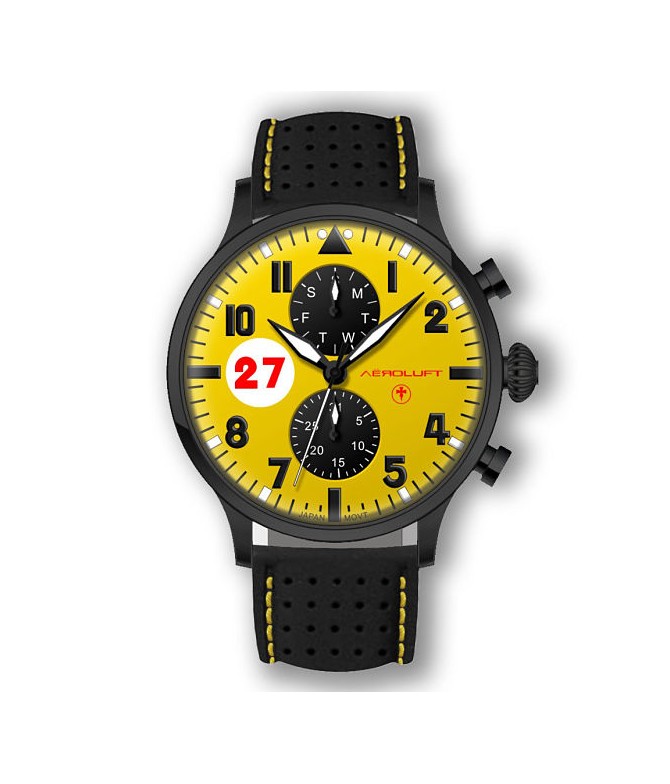 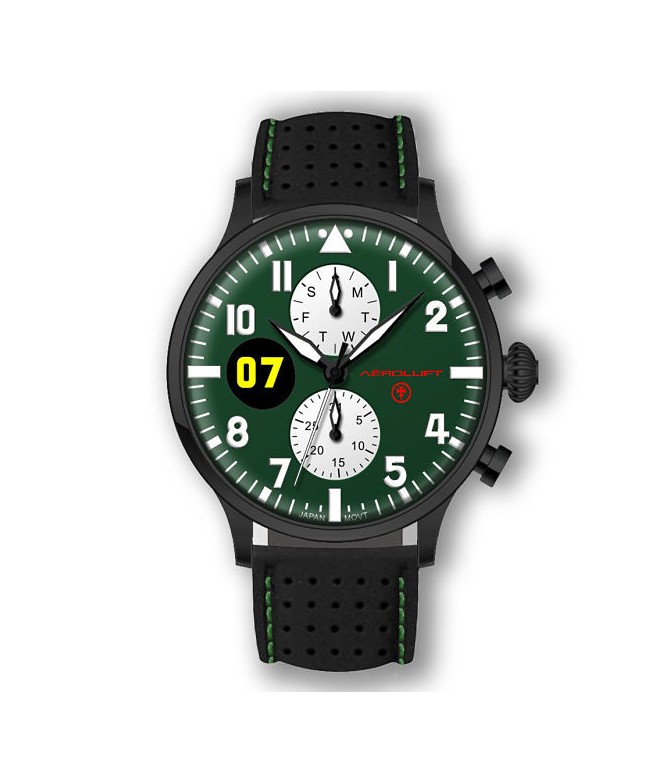 Since the early years of the 20th century we have been mesmerized by airplanes and all sort of stuff around: sunglasses, flying jackets or aviation pilot watches. Back then, a group of pioneers started flying on board dangerous and insecure flying machines.

During the WW1 years, aviation technology was dramatically improved because of the needs of the conflict, and the best fighter pilots became decorated national heroes in their countries. The same can be said about racing cars in the years just before and after the war.

Along with those guys, back in those early years emerged a fashion style mimicking their outfits that became consolidated after WW2 and survived until our days: we have named sunglasses, leather jackets or military pilot watches, but also cargo pants, boots, pilot briefcases or even motorcycles.

As children, most of us have dreamed about being fighter pilots or racing car drivers wearing a Tom Cruise-style leather jacket as in "Top Gun", or a racing driver watch as Steve McQueen in "Le Mans". Most of us ended up in jobs that have little or nothing to do with those dreams. Therefore, wearing a pilot watch is one of the few things that can bring us closer to those childhood dreams.

AEROLUFT pilot watches and racing watches have many advantages. To name a few, the high quality of both materials and construction: a case 100% made of 316L surgical stainless steel, cowhide leather or rubber straps, Seiko-Epson Japanese quartz movement, mineral glass reinforced dome lens ...

However, AEROLUFT aviator watches or racing car watches are affordable watches. An AEROLUFT-like pilot watch would cost no less than double in a high street store or in any large department store. However, the exclusive online sale at myaeroluft.com allows us to save most in-between expenses: Perhaps we are selling one of the best value for money pilot and aviator watches you can get.

AEROLUFT is not a cheap mens watch but an affordable watch. It is a daily use pilot watch that allows combining the passion for watches and the passion that some people may feel for aviation, motorsports, scuba diving or even History. Most likely you will never need a professional 3.000m submersible diving watch or special aviator watches as you’ll never will be in need of calculating the New York-Paris shortest route: What you want is a pilot watch that makes you feel there but without being there, a wristwatch that reminds you of those dreams you had when you were a child: Flying your Supermarine Spitfire over the English Channel in the Battle of Britain or the Red Baron’s Fokker Dr.1 over the fields of Flanders, or perhaps diving along with Jacques Cousteau to underwater depths, or racing in the 24Hr of Le Mans driving a Ford GT, or perhaps becoming a  Soviet space pioneer like Youri Gagarin...

AEROLUFT takes you either to each of those places or to all of them, because you can enjoy several pilot watches and racing car driver watches at an affordable price tag. 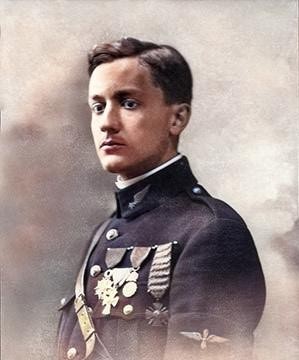 Georges Guynemer was born on December 24, 1894 in Paris (16th District) and killed in action on September ... 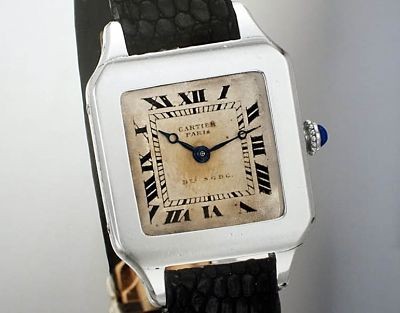 Who was the first man flying an airplane? It depends on what we name an airplane: if an airplane is a device which flies ... 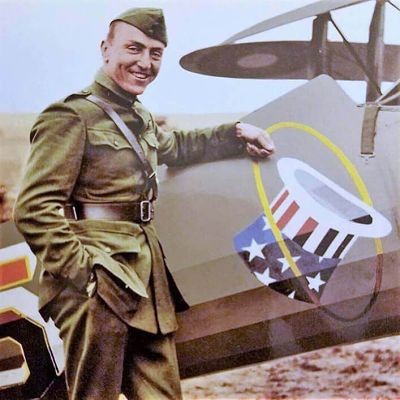 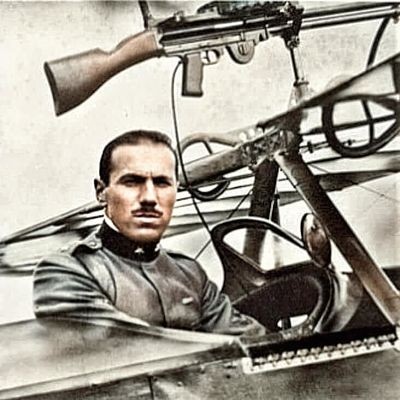 Born on May 9, 1888 to a rich family (his father Henry was a businessman and landowner, and his mother was Countess Paolina ...